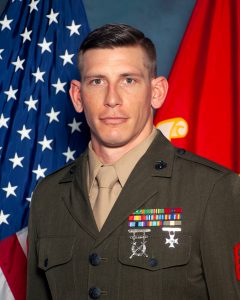 In March 2021, Staff Sergeant Smith was assigned to the NROTC at the University of Wisconsin where he currently serves as the Assistant Marine Officer Instructor.