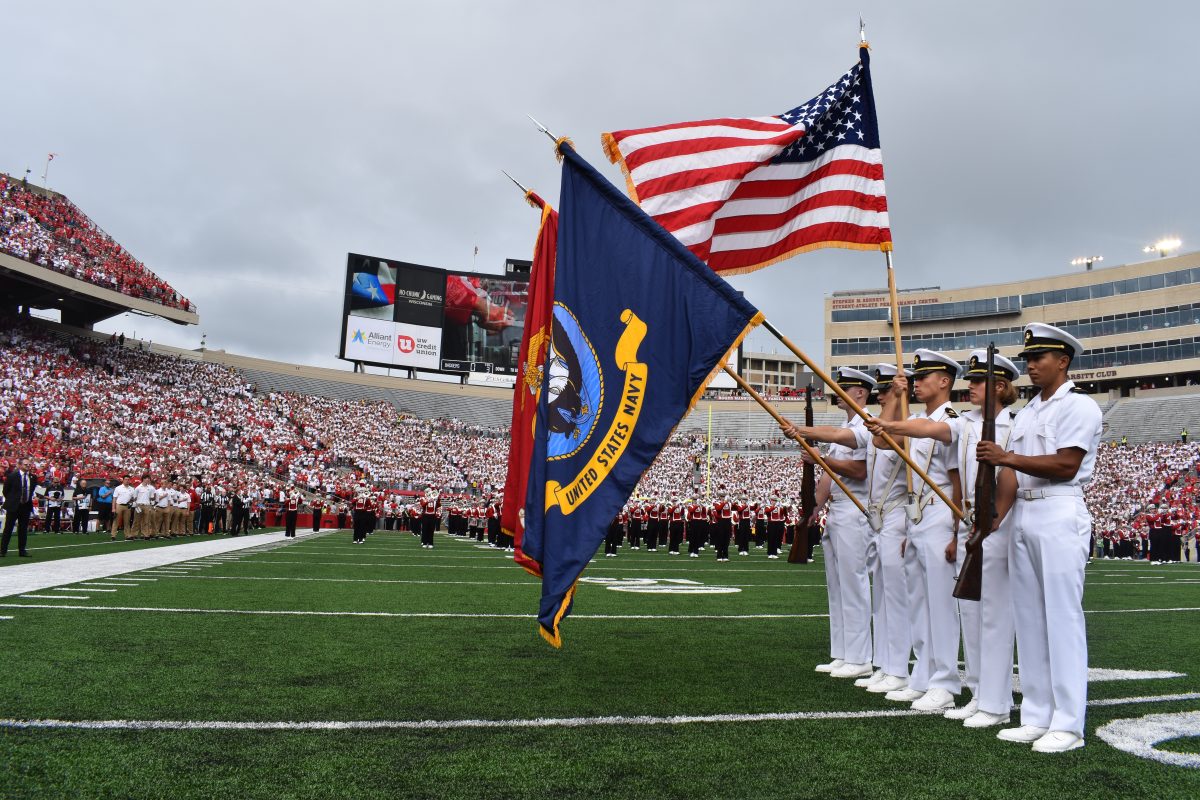 On September 10th, Midshipmen on the Colorgaurd Team presented the national colors before the University of Wisconsin’s football game against Washington State. The presentation of the colors during the national anthem was followed by a F-16 flyover by the 115th Fighter Wing of the Wisconsin Air National Guard above the stadium. The flyover and colors presentation served as a moment of remembrance for those lost in the terrorist attacks on September 11th 2001.

There are no upcoming events at this time.